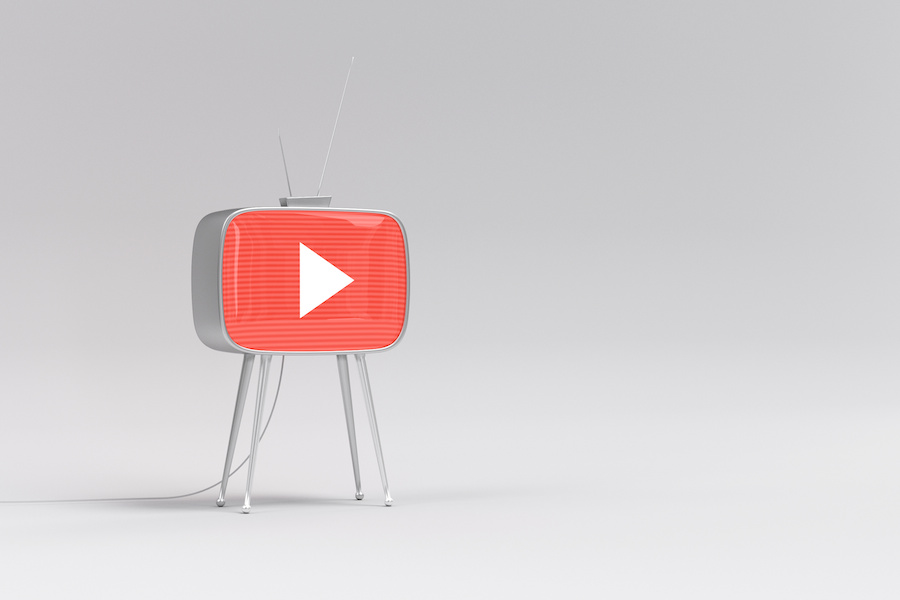 Our last post contained an infographic explaining how Youtube is actually the world’s second largest search engine, which seems strange at first. We don’t normally think of Youtube as a search engine because most search engines don’t generate videos as results. That’s the genius of Youtube though, they’ve taken the search engine and turned it into so much more. It’s a video sharing site, a community of members, a place where you can build profiles and gain subscribers. They’ve taken elements of popular social media sites and combined them with the ever popular video in the form of a searchable database. That ingenuity has put them just behind Google in the race for the most popular search engine in the world. Of course, Google bought YouTube for $1.65 Billion so that race is effectively over, though YouTube as a subsidiary of Google could still take the top spot. In this post we’re going to dig a little deeper into that infographic and highlight some of the statistics it presents. We’re also going to take a good look at YouTube itself and explain some of the strategies that make it the most effective video sharing site in the world, and the second most used search engine.

There are a couple stats we’d like to point out that genuinely shocked us when we found this graphic. First of all, YouTube is bigger than Bing, Yahoo, Ask, and AOL combined. I mean c’mon people that’s crazy. Ebizma.com has these search engines ranked in that order as the 2nd 3rd 4th and 5th most popular general search engines. YouTube isn’t listed because it’s not commonly considered a search engine, rather a video sharing site. Interesting that YouTube beats all these guys at their own game, and beats them handily. Being better than places 2 through 5 combined means you’re way out in first (behind Google of course). Another shocking statistic is that nearly 1 out of every 2 users on the Internet are on YouTube… if you ask us that’s pretty incredible. Finally (and this ones the kicker) YouTube reaches more 18-34 year old people than any cable network; a simply amazing grasp that YouTube has on this demographic and Internet users worldwide. Our theory behind how they’ve been able to spread their net so wide is relatively simple. YouTube engages their users. It’s an entertaining site to visit and it encourages browsing. Videos related to the one you just watched are listed conveniently in a scroll bar on the right, popular videos are suggested on the front page, and Youtube will build a list of suggested videos for you based on what you typically watch. There are categories for Music, Gaming, Sports, Movies, and Education just to name a few. All of their content is easy to access and attractive. 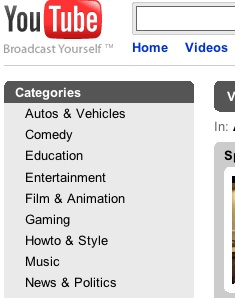 The next two stats we’d like to point out hint at another of YouTube’s attracting factors. Over 100 hours of video are uploaded to YouTube every minute, and 6 billion hours of video are viewed monthly with a 50% increase in viewership over the last year. These stats lead us to believe YouTube gains success because it is community oriented. Individuals who upload videos sign in as users and are encouraged to form their own channel. These channels form a sort of video profile where other users can view all of the content a channel manager uploaded. If you really like a channel you can subscribe to it so that you will be directed to all the new videos that channel posts. YouTube actively encourages the formation of channels by offering users the chance to earn money if their channel becomes popular and they receive enough views. Because YouTube offers incentives for users to form channels and upload more videos they constantly increase the amount of content on their site. This also encourages the generation of new viral content, as only content that goes viral will make substantial money. The curb is steep, 1 million views will generate between 5,000 and 10,000 bucks, but if you’re good a million views is nothing. The viral, pop, and dance sensation “Gangnam Style” produced a video which received over 2 billion views (which equates to about $20 million in earnings from Youtube). From YouTube’s side of things this is perfect, more content= more SEO and more potential viewers. Creating a community of users, subscribers, and channels magnifies viewership and allows users to get the most out of their time on the site.

For an explanation of SEO and all other Internet acronyms check out our article: Internet Acronyms, What do they mean?

The video is a powerful marketing tool. Videos are also fun, entertaining, and descriptive. If a picture is worth a thousand words, how much do you think a video is worth? That’s where we come in. This infographic describes four factors that boost the effectiveness of your video, on YouTube or any other search engine. Here at EVLiO we have the ability to help our clients to improve all four factors so that their video reaches the widest possible audience. The first factor is overall views. We can get your video up on YouTube and get you well on the way to the kind of exposure you want. The second factor is video title. Our team of writers will get right on task to make the title of your video the most provocative and SEO friendly possible. The third factor is video description. Our writers can draft up an exciting description for your video that will get potential viewers interested and generate search results. The final factor is video ratings. The quality of the video we can make you will increase the ratio of likes to dislikes generating more popularity and attention for you.

YouTube is the fastest growing video sharing site in the world right now. It’s popularity as a search engine is skyrocketing. Help us help you use that to your advantage. Contact us today